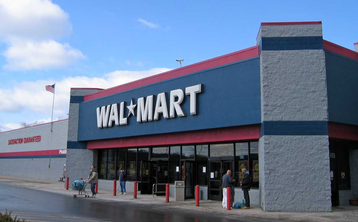 In South Carolina today, a press conference was held by a bi-partisan coalition of lawmakers decrying welfare dependence.

Americans for the Abolishment of Takers (AAT) announced to the nation that they would no longer stand by and let their country become a nation of freeloaders unable and unwilling to support itself. “Some lazy Americans have taken advantage of government handouts for far too long,” announced AAT co-chair California Democratic Representative Nancy Pelosi. “We are declaring a war on welfare. And we are starting at the top with Wal-Mart.”

AAT formed to address corporate welfare, which has ravaged the national economy.

“Wal-Mart is run by the Walton family,” said AAT co-chair South Carolina Republican Senator Lindsey Graham. “Or, I should say, by the Walton Welfare Queens. These people make their multi-billions by sucking up tax-free benefits from Medicaid and food stamps and distributing them to its low-paid workers instead of providing adequate wages and healthcare to them. It is a moral dilemma that leaves Wal-Mart with a full stomach and an empty soul. It’s time for change.”

“Wal-Mart is a prime example of dependence on the government to make a livelihood,” stated Republican Representative Marlin Stutzman of Indiana. “That’s why we’re starting there. Wal-Mart makes more than enough to live comfortably. It paid its shareholders $13 billion in profits last year alone. But, still, it chooses to lazily sponge off the social safety net meant for Americans in need. It takes huge tax breaks to opt out of helping the larger community it depends on while using excessive payments it receives from the defrauding and manipulating of our government to live large. It’s using taxpayer money to buy lobster and to fund pink Caddies all the ding dong day! Where’s the personal responsibility, Wal-Mart? This is un-American, unpatriotic gluttony, and it needs to be stopped.”

Senator Graham framed AAT’s efforts as a moral issue for the country. “Clearly, these taking practices of Wal-Mart foster passivity and sloth. Wal-Mart and our other big takers feel entitled to fed and healthy workers, to roads, to fire fighters. Reform is long overdue. It is not in the best interests of these citizens for us to allow these habits to continue. For God’s sake, think of the children…” The Senator paused, casting his eyes skywards before taking a deep breath and continuing. “Think of the children in the Hamptons. What are they learning from this? We need to end this sick cycle of dependence.”

AAT announced a draft welfare reform bill co-sponsored by Graham and Pelosi that will be introduced to Congress next week. The bill, which is referred to as the Corporate Responsibility and Work Opportunity Act (CRWOA), slashes corporate tax breaks and outlines minimum work requirements, bi-weekly in-person reporting guidelines, and mandatory drug testing of all Fortune 500 company CEOs, Vice Presidents, and board members. It also mandates monthly sliding-scale contributions into the Supplemental Nutrition Assistance Program (SNAP), the US food stamp program, and into a new nationalized single-payer healthcare system for all businesses that employ more than a third of their staff at or below 133% of the minimum wage.

“We will measure success by real results,” said Representative Pelosi. “It’s time Washington measured success by how many banks and corporations are lifted out of dependence and helped back on their feet. Until then, we refuse to continue feeding their self-destructive habits.”

“It is an outrage that these Americans are so reliant on government handouts,” said Texas Senator Ted Cruz. “We are at a moral tipping point. It’s time these corporations stopped mooching and taking, and simply worked harder to succeed. We can not continue to coddle them with entitlements. It is in their best interest to develop initiative without hand-holding.”

AAT members raised their joined hands in solidarity at the end of the press conference as the theme song from Rocky blared through the house sound system. “The war on welfare has begun,” Senator Graham stated. “Join us in the fight. It’s time to end welfare as we have come to know it!” Knowing the nation's abysmal track record on the ideological wars it declares, War-Mart reported feeling  unthreatened by CRWOA and by the AAT. In statement issued to the press, the Walton family stated: "It is comforting to know that our business practices are just as safe as poverty and drugs are in this country. We appreciate our representatives' continued support."